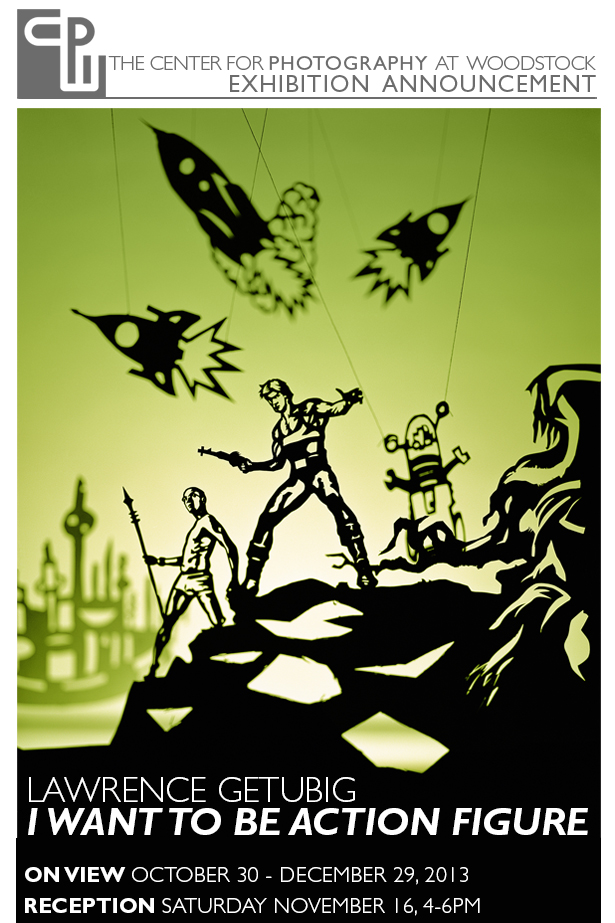 Lawrence Getubig’s “I Want to be Action Figure”

“Many of the components that drive me as an artist today are the same childhood forces that kept me riveted as a kid.

Western, and more specifically American science fiction and fantasy movies, television shows, cartoons and superhero comic book escapades became regular imports growing up in the Philippines in the 1970s and 80s. I absorbed these almost as fast as they arrived. The narratives became more personal as I integrated my own projected character playing with the action figure toys associated with these western mythologies.” lawrencegetubig.com