David Salle’s March 23 talk at University at Albany, hosted by Joe Donahue and recorded by WAMC radio, was a promotional vehicle for Salle’s How to See: Looking, Talking and Thinking About Art, a new book of art criticism published by W. W. Norton. Beginning in the 1980s, Salle skyrocketed to fame as a painter, and his artistic reputation faithfully drew a crowd to UAlbany that allowed him to plug his art criticism, for which he has also been more quietly recognized. During the interview, Salle created a divide between “the way artists see” and institutions, laying claim to the former as the stated intention for his art criticism. Regarding an artist’s intentions, however–particularly that academic standard, the artist’s statement–Salle reflected that they were unimportant. I chuckled, for I have often thought so myself. Yet, I had to wonder if, all things being equal, such an irrelevance of intention similarly applied to art critics, especially when they were artists, for Salle’s stated aim to articulate “the way artists see” is so unabashedly non-critical that it might as well be called artistic sensibility. The opposing camp he sums up as “institutions.” In this “us versus them” simplicity, “them” is the art world of critics (excluding, naturally, himself), curators, art historians, dealers, and the big churning wheels of the market (excepting sales of his book).

The word “bogus” kept creeping into Salle’s talk. Bogus art—he offered a vague example of choices that artists make to conform. But what is bogus art? The connoisseur has always been ready to tell us. That was the first role for the art critic—back when gentlemen discussed the old masters in private collections and within elite academies—to separate the worthy from the less so.

This ineffable quality of worthiness, determined by what was once called “taste,” is now designated as the ability to divide the bogus from the not-bogus, in the volume portentously titled, How to See. In it, I found only five white women among over five times as many white men, and no persons of color. How can this be today?

I remembered the hostile criticism of the 1980s directed at Salle’s paintings with appropriated, quasi-pornographic, female figures edged in contours and modeled in monochromes. Some called this work regressive and objectifying, part of the bid to return painting to the glory days of white male dominance, bold figuration, and large female nudes. There was much more going on in the pastiche of his canvases, I felt, than that hostile criticism reckoned. Or was there? Perhaps the pastiche was a means of deflecting the conservatism in those canvases.

Now we have Salle the tastemaker—a position which is regressive—while he disingenuously claims a separate space from the institutions that have made him Salle. But when you are an institution, there is no outside.  Salle’s essays have a ring of Clement Greenberg–articulate and observant, they connect the lineaments of form for latter day Romantics. The rights and privileges of the artist’s special sensibilities are part of that estate, outside of which is a plural society and the discourses of inclusion. In 2017, this is bogus. 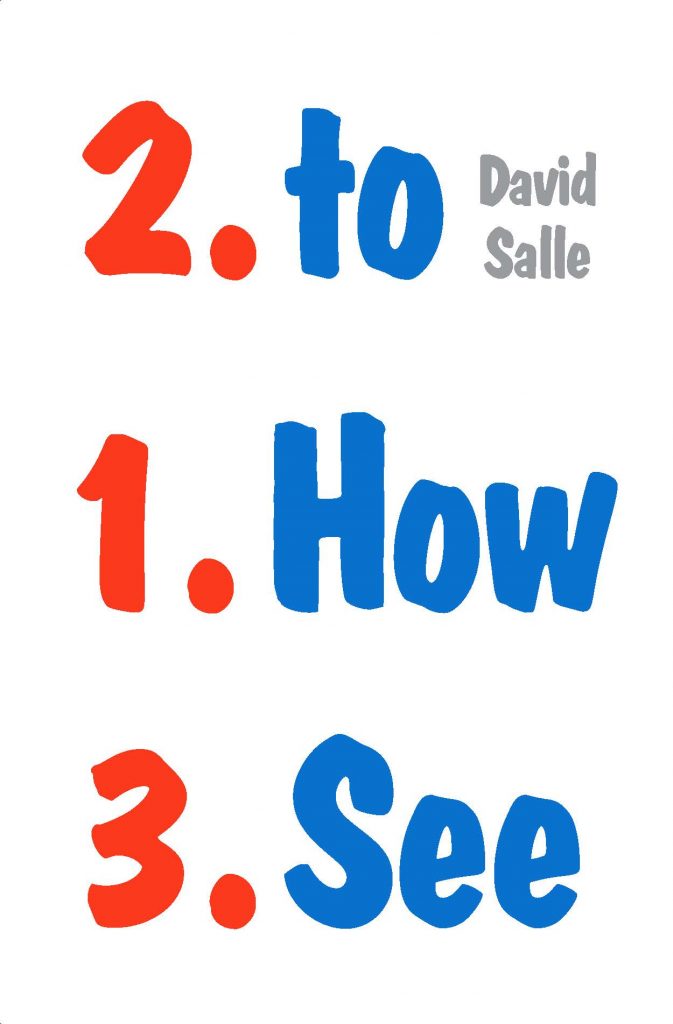