If you’re going to New York over the holidays (and if you weren’t, change plans)–here are a number of must-see shows. Sculpture leads the list with expansive exhibits of Ursula von Rydingsvard, Melvin Edwards, and Martin Puryear.  I’ve been tracking Edwards’ work for some time, finding a Lynch Fragment or a couple works in various institutions.  “About time,” I said when treated to his retrospective at Alexander Gray Associates (through December 13th).  The African sourcing to his welded steel reliefs is evident in many works with grates made from Dakar craftsmen.  A public-work-sized monument, Homage to the Poet Leon Gontran Damas, 1978-8,  is both raw and elegant, lyrical and industrial (http://www.alexandergray.com/).  The patina of rusted steel makes a canvas-like surface of chromatic shifts, and the trapezoids and curves write in a planar geometry above a large floor circle of heavy chain.  The corner sheets of rectangular steel suggest Richard Serra, while the burnished surface texture suggests David Smith.  There’s a Constructivist playfulness to how the forms lean upon each other, an easy flow of form to form, like El Lissitzky’s Prouns.  The viewer threads through it, stepping over the circle of heavy chain, and back, and that’s where the frisson comes in.  Within the graceful ensemble, the chain one steps over could catch the foot, ensnare the body, trap.  It’s like a tune whistled from a prison, or a circular memory you can’t escape on a long, slow, bright day.  The work in its lyrical poise of  suggested oppression and balanced, geometrical form is a fitting tribute to Leon Damas, a founding poet of the Négritude movement.

Ursula von Rydingsvard, at Gallerie Lelong (through Dec. 13th), continues to astound with her cedar carving, which in this show, “Permeated Shield,” ranges from lacy perforation and feathery surfaces to nodalized massive forms rubbed with graphite–somber impenetrable presences.  The technique and vision are unmatched–she’s simply the best carver around.  Martin Puryear at Matthew Marks (through January 10th) presents the yielding, bent forms of wood for which the artist is known.  Like von Rydingsvard’s work, Puryear’s forms speak of opposed tensions—saplings bent like hairpins and ensembles of wood that manage to convey fragility and inordinate strength and stability all at once.

A glimpse of Chinese artist, Liu Bolin’s photography depicting his camouflaged body blending into a wall with ceramic-dragon reliefs offers a sample of his “disappearing man” oeuvre (at Klein Sun), while Francesco Clemente’s “Two Tents” at Mary Boone (through December 20th) exhibits the artist’s graceful, watery forms with a critique of the fat belly of capitalism.  For retinal over-load, try Cameron Gray’s “Gymnasty,” at Mike Weiss Gallery (through January 3rd), with video screamings and super-camp to the max. 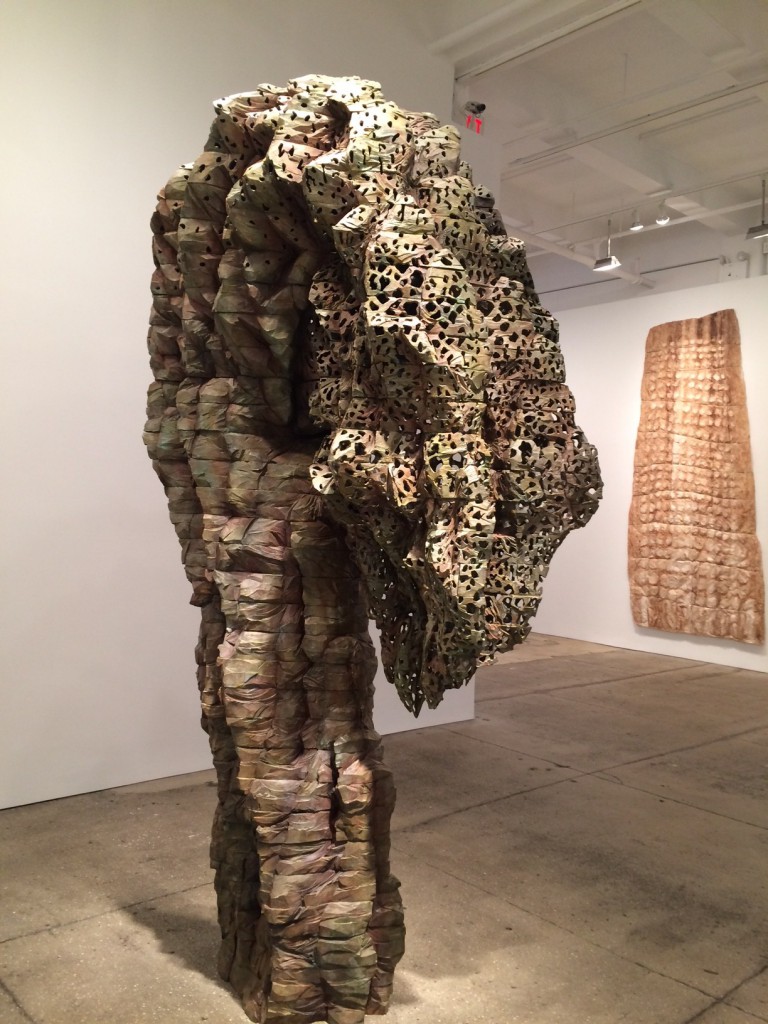 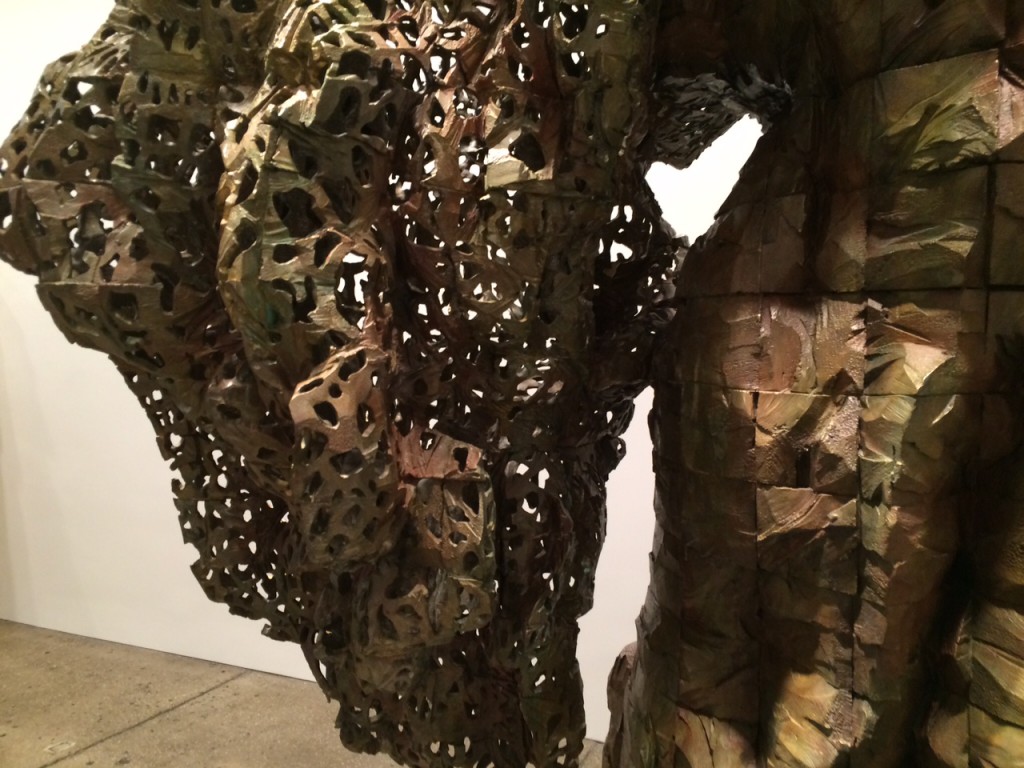