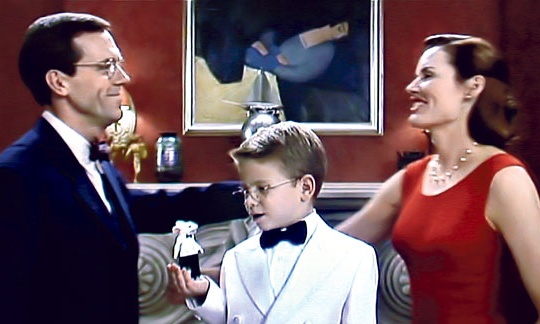 A long-lost avant garde painting has returned to Hungary after nine decades thanks to a sharp-eyed art historian, who spotted it being used as a prop in the Hollywood film Stuart Little.

Gergely Barki, 43, a researcher at Hungary’s national gallery in Budapest, noticed Sleeping Lady with Black Vase by Róbert Berény as he watched television with his daughter Lola in 2009.

The painting disappeared in the 1920s, but Barki recognised it immediately.